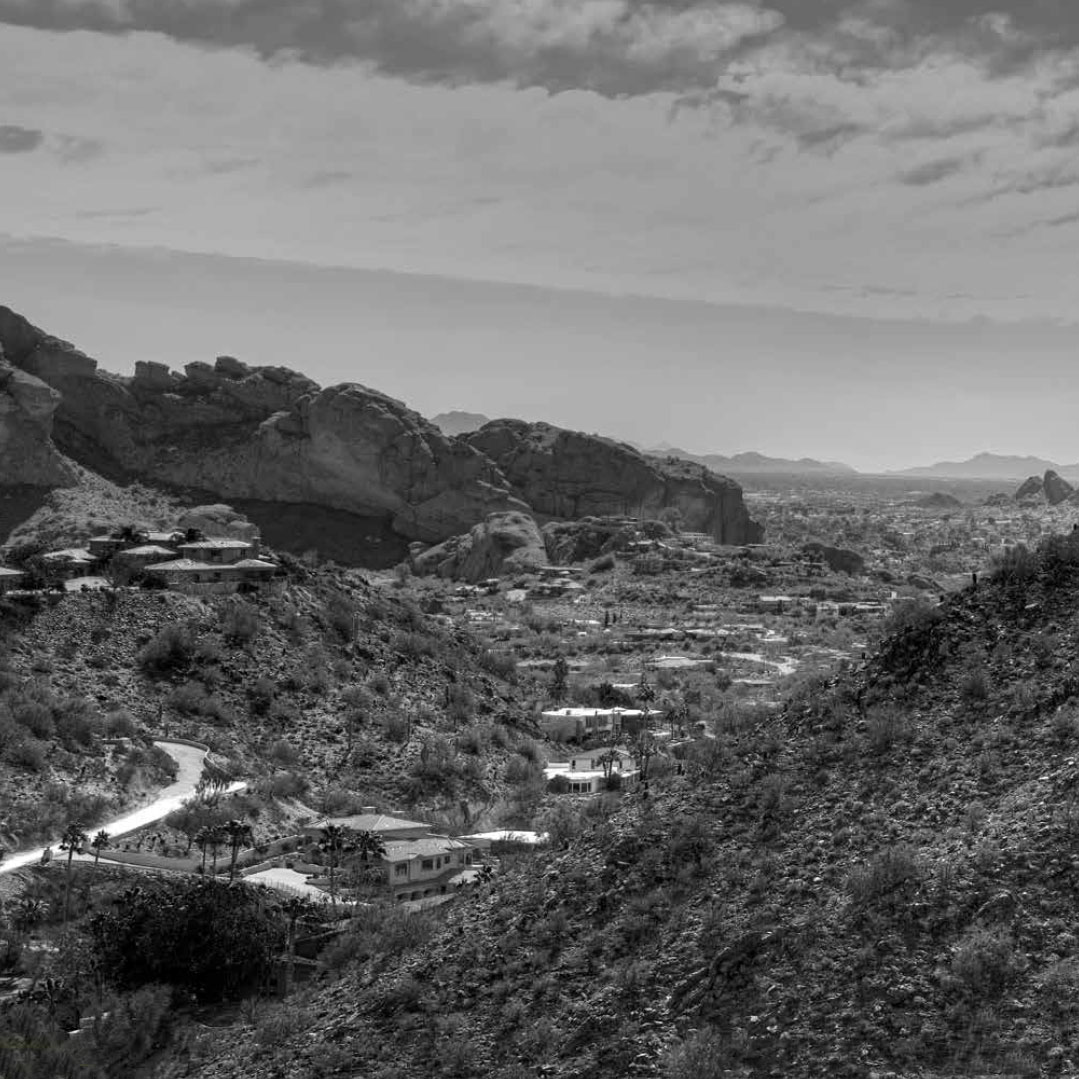 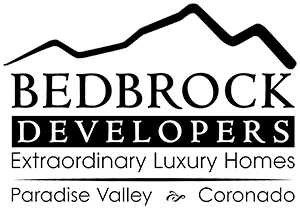 BedBrock Developers is breaking ground for the first home within the new exclusive community being called Crown Canyon near 40th Street and Lincoln Drive in Paradise Valley. The 8,100-square-foot home designed by CP Drewett of Drewett with interior design by Mara Green of Mara Interior Designs already has been awarded a "Best in American Living Award" by the National Association of Home Builders.

Rich Brock, founder of Paradise Valley-based BedBrock Developers, is so excited about this exclusive gated community, he bought a 2.2-acre lot for his own home last year. "Mine is the first lot inside the gate," Brock said. "I'm the de-facto guard," he joked. "You're not gonna get past me."...Read More

Between Paradise Valley and The Arizona Biltmore lies a uniquely hidden canyon, with 12 one-of-a-kind Homesites nestled along the southeastern boundary of the Phoenix Mountain Preserve. The canyon’s surrounding ridges and peaks evoke the silhouette of a crown; thus the name, Crown Canyon...Learn More 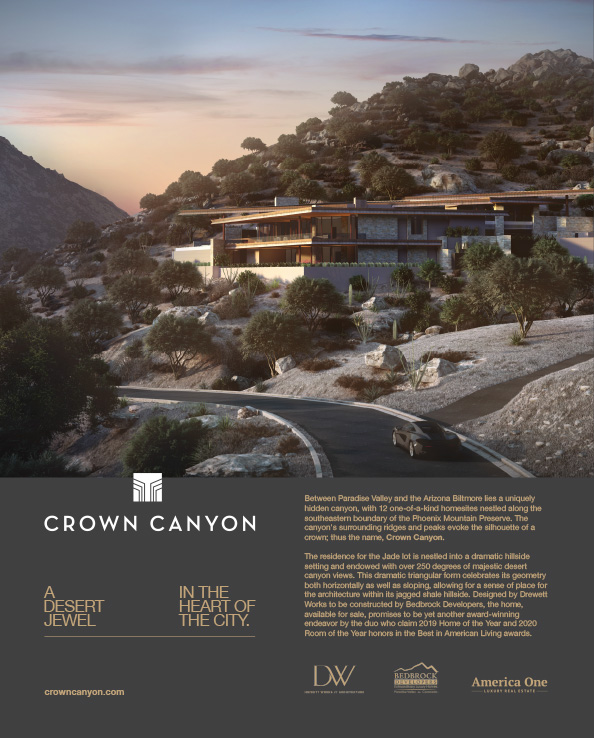 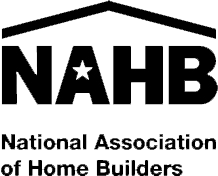 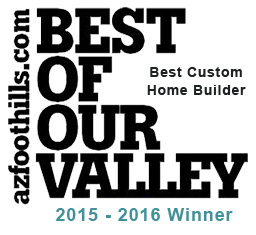