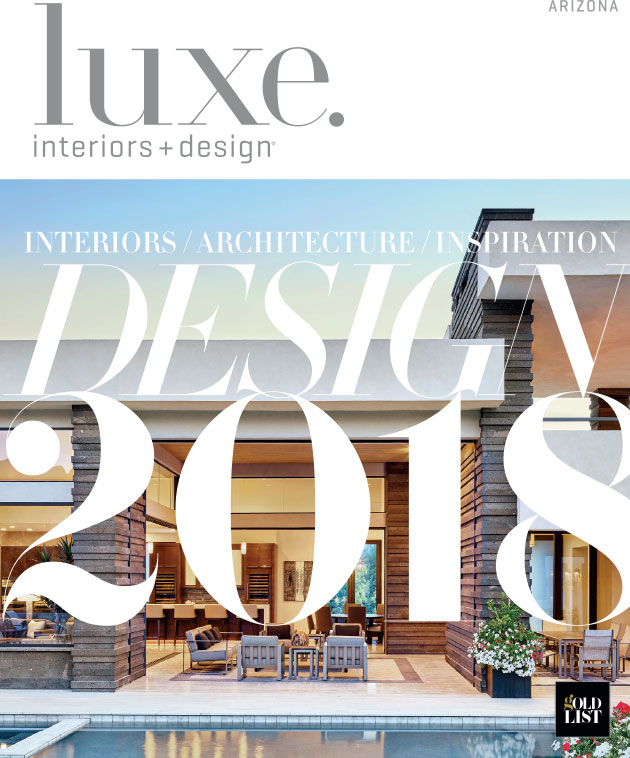 It was just the two of them now, an empty-nester couple ready for a new address in Paradise Valley. But the modern home they envisioned building on the unassuming lot with fantastic mountain views would be a place they anticipated many besides themselves would enjoy. “These clients are deeply hospitable people,” says C.P. Drewett, the architect hired to construct the couple’s residence. “The manner in which a group of friends would enjoy the space was nearly as important to them as how they would live there individually.” This meant the structure would be designed in a way that made it as comfortable for two as for a houseful of guests, and a key to this was enabling seamless movement between indoor and outdoor entertaining spaces.

The shape of the parcel, a ﬂag lot—much like a rectangular ﬂag on a pole—is an unusual conﬁguration but one builder Rich Brock considers an advantage. “It allows for a longer driveway,” he explains, “so we could set the house farther back from the street.” Camelback Mountain rises a short distance away, offering a foreshortened perspective on the area’s signature geologic feature.

“We wanted to maximize views of Camelback Mountain,” the wife says, so Drewett oriented the back of the house, where most entertaining would take place, to take in these spectacular sights. He also created two covered open spaces—a living room and a dining room—to entice the couple, and their guests, outside. The exterior living room was designed with 25-foot-tall glazed pocket walls that retract, joining it to the interior’s great room and opening much of the rear facade to the elements, literally bringing the outside in. 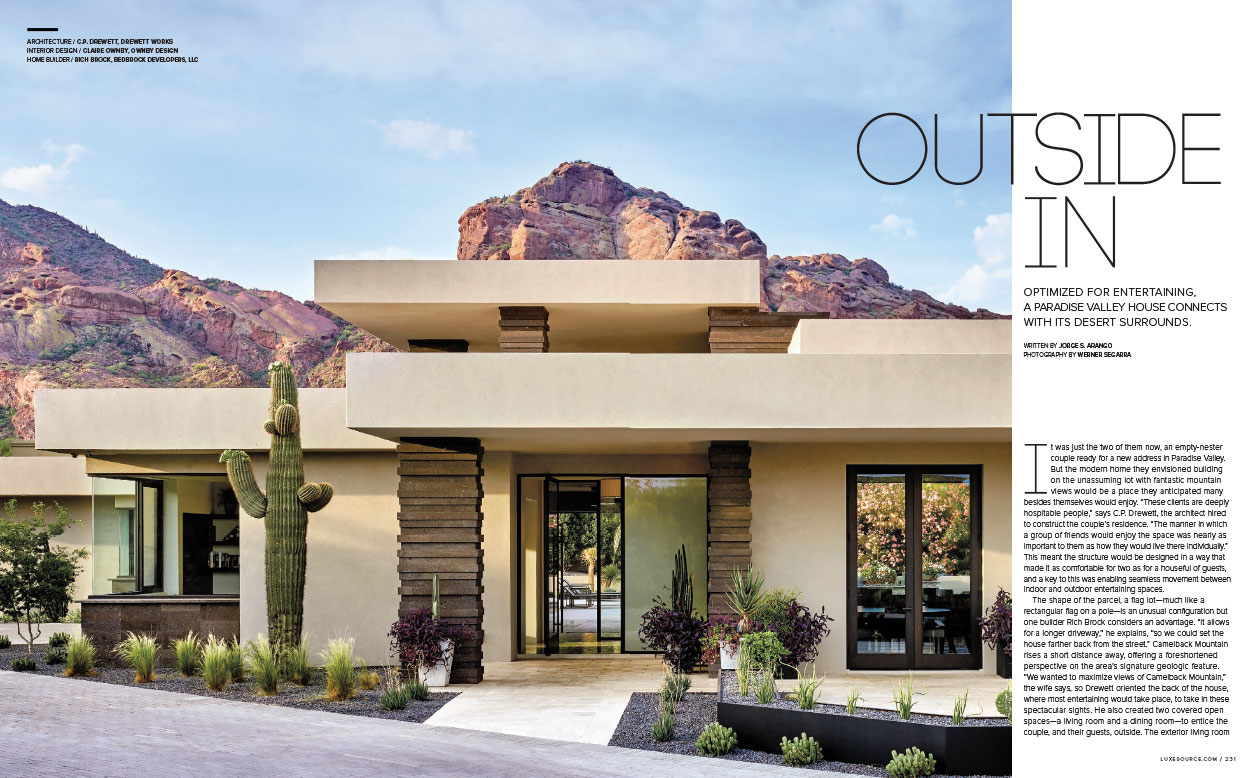 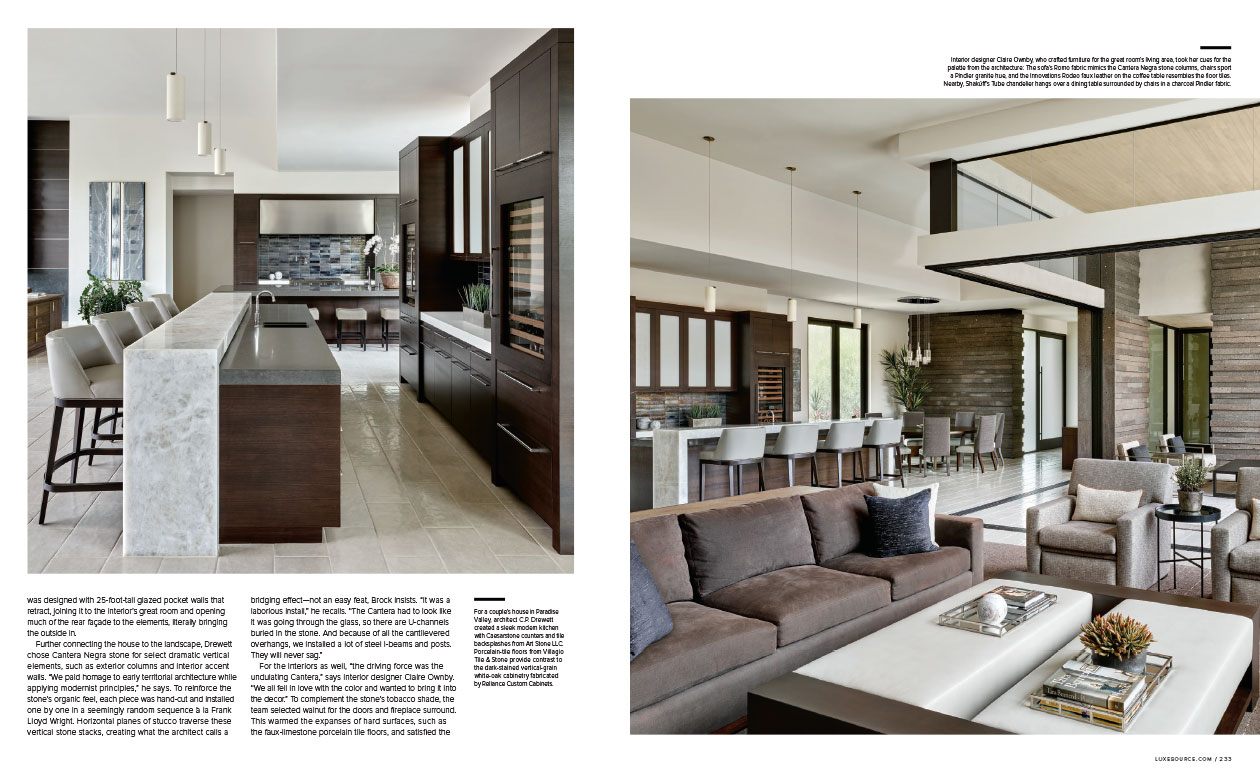 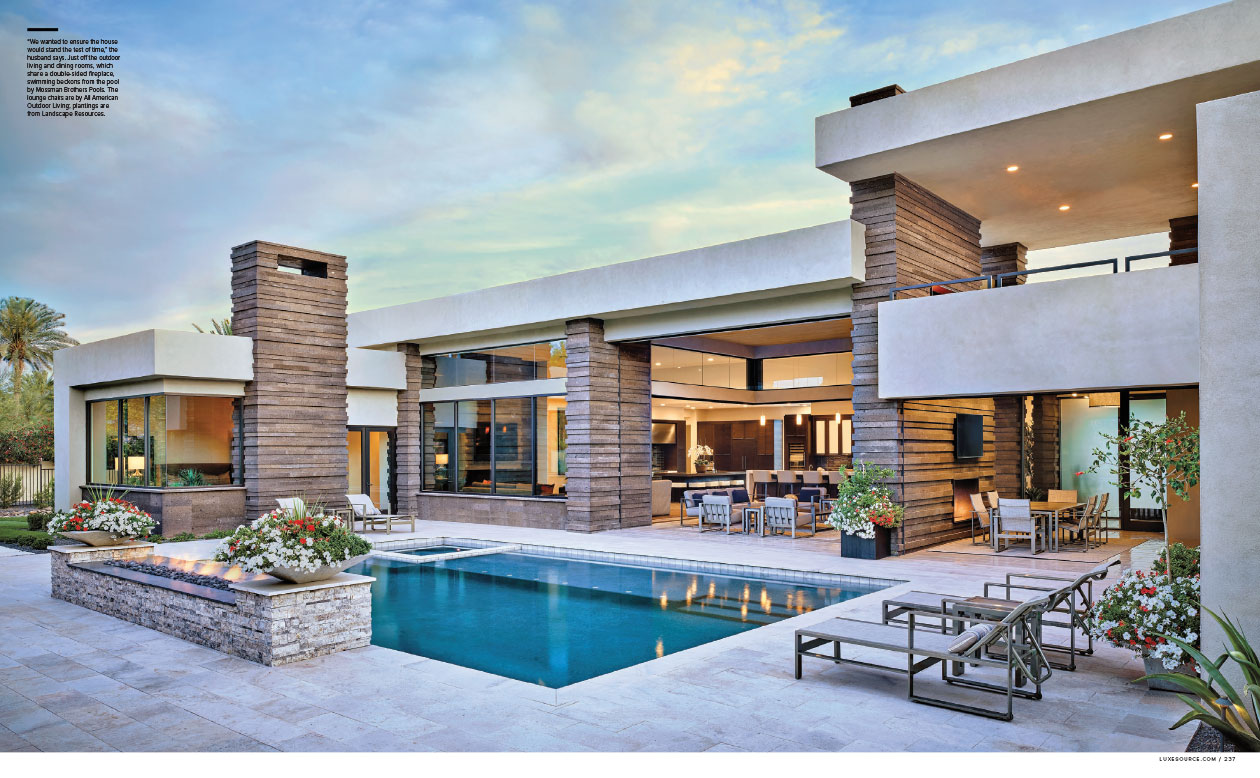 Further connecting the house to the landscape, Drewett chose Cantera Negra stone for select dramatic vertical elements, such as exterior columns and interior accent walls. “We paid homage to early territorial architecture while applying modernist principles,” he says. To reinforce the stone’s organic feel, each piece was hand-cut and installed one by one in a seemingly random sequence à la Frank Lloyd Wright. Horizontal planes of stucco traverse these vertical stone stacks, creating what the architect calls a bridging effect—not an easy feat, Brock insists. “It was a laborious install,” he recalls. “The Cantera had to look like it was going through the glass, so there are U-channels buried in the stone. And because of all the cantilevered overhangs, we installed a lot of steel I-beams and posts. They will never sag.”

For the interiors as well, “the driving force was the undulating Cantera,” says interior designer Claire Ownby. “We all fell in love with the color and wanted to bring it into the decor.” To complement the stone’s tobacco shade, the team selected walnut for the doors and fireplace surround. This warmed the expanses of hard surfaces, such as the faux-limestone porcelain tile floors, and satisfied the couple’s individual aesthetics. “It helped balance his more traditional tastes and her more contemporary ones,” Ownby says. The stone’s dusky color shows up as one end of a neutral spectrum that proceeds from darker shades—as in the living room rug—to lighter hues, like the ﬂooring. “Embracing the neutral palette let the outside views and the architecture be the shining stars,” Ownby says. “The palette is calming and easy to live with. Even the patterns we used were small-scale and subtle, so they almost read as solids.”

The interior designer also paid detailed attention to the kitchen layout, an important entertaining space. “It’s open to everything,” she notes. “We placed the sink so it’s out of view of the dining room. That way, people can prep or clean without being seen.” Nearby, a bar faces the outdoor living room, generating a hub of activity. “Bars can feel wasteful to clients,” Drewett says. “But this is so central, it takes on a lot of life.” Even when not mixing drinks for guests, the couple enjoy the space to themselves, having breakfast there most mornings. But whether it’s just the two of them or a larger gathering of friends and family, the residents are now comfortably at home in their new contemporary abode that’s full of life—inside and outside. 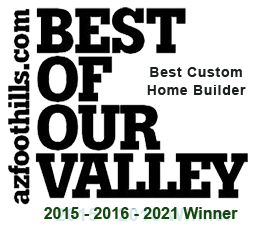